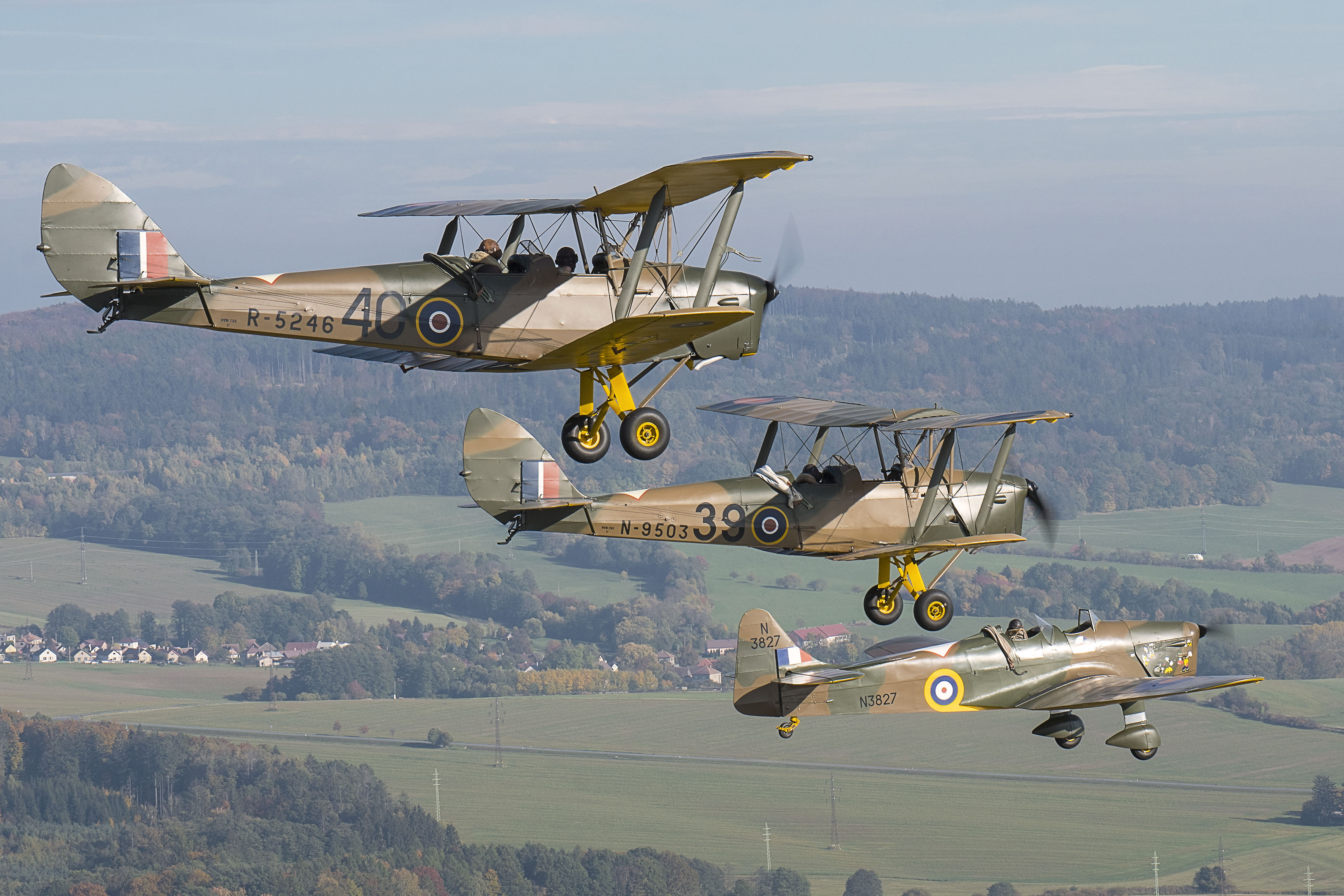 This website is dedicated to the legacy of Czechoslovak exile airmen of 1939-1945 and their flying machines in particular. We run a collection of vintage aircraft painstakingly restored to original condition, fully airworthy and cared of with love and tender. All these planes have in common the fact that they were piloted by citizens of Czechoslovakia during WWII: A 1938 Miles M-14A Magister Mk.I serial number 873, a 1939 De Havilland DH-82 Tiger Moth Mk.II serial number 82536 and a 1940 made serial number 83105. These "old ladies" are the very first of the type and the oldest aerobatic airplanes ever home based in the Czech Republic.

Our Miles Magister is one of five still flying in the world. Bearing its original RAF number N3827 she was also used by No.2 Flying Instructors School in Montrose Scotland where flight instructors' trainings for elementary and advanced flight schools (single-multiengined) were taking place. Many Czechoslovak pilots were trained here since 1940. The most remarkable moment is No.10 FI Course, held by 2nd FIS form July 1st to August 21, 1942 featuring also two Czechoslovaks F/O Jan Mokrejš a F/Sgt. Jaroslav Šika. Both passed a two-phase syllabus on Magisters and Oxfords whereas Mokrejš carried a total of six flights on N3827 logging 7.10 hrs on the aircraft. READ MORE 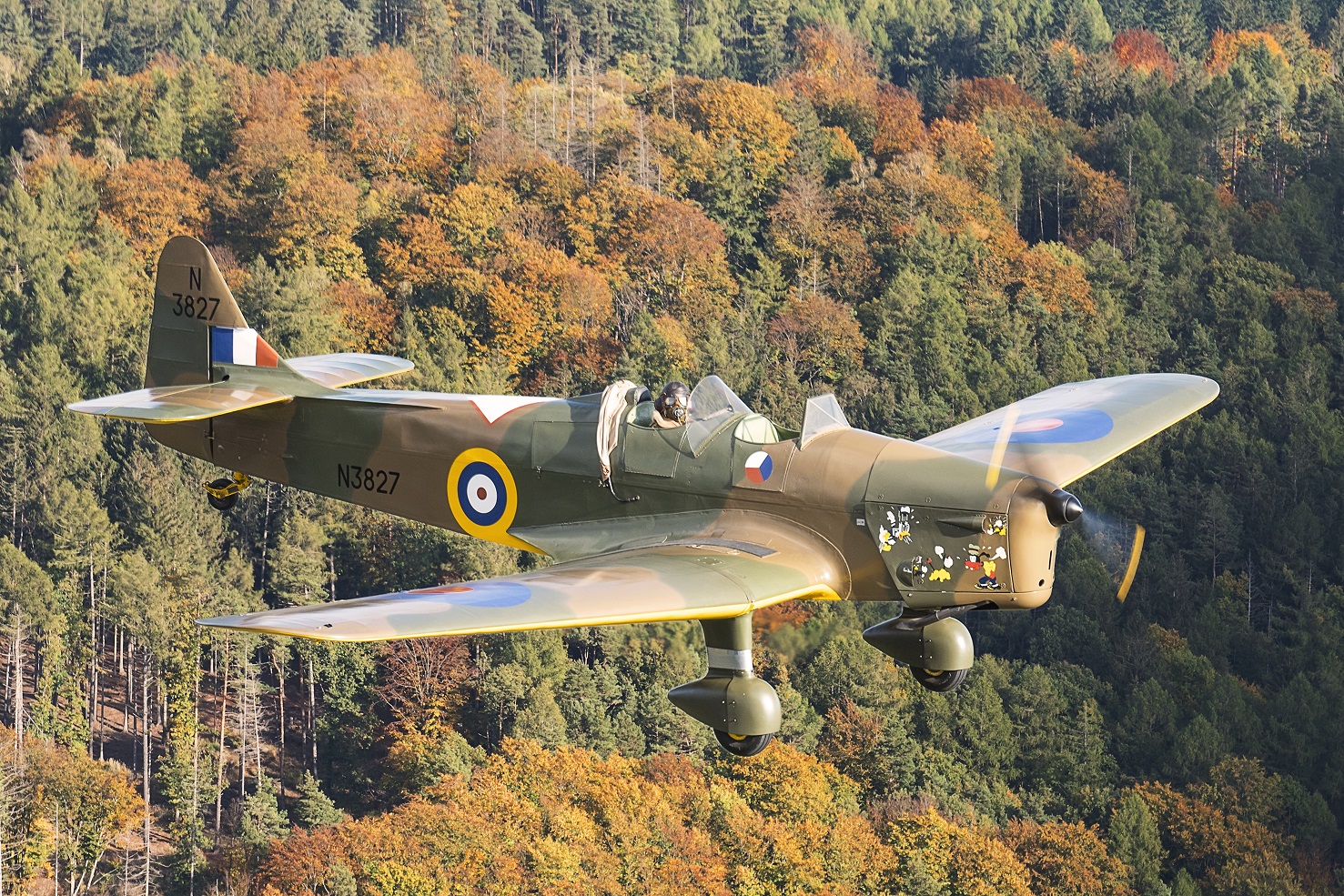 The 1939 Tiger was acquired from the immaculate collection of Kevin Crumplin when he realized that the airplane would be very well looked after (sure it would!). Kevin is a living legend in the world of DH-82 operating the Tiger Moth Training at Henstridge UK together with Annabelle Burroughes and Clive Davidson. This rather act of fellowship and mutual sympathy than a mere business transaction has, de facto, expanded his remarkable enterprise to Central Europe. READ MORE

The other Tiger Moth (original RAF code R-5246 bearing number 40 on the fuselage) is a 2018 acquisition from the Fighter Academy Collection. 83105 is the first ever painstaking renovation realized by Kevin Crumplin. Both aircraft released by the same workshop look identical - as if they've gotten lost in time on a training flight over England where Tiger Moths were fundamental types for basic flight training of RAF pilots. Eventually R-5246 in particular was flown by Czechoslovak airmen at 3. and 10. EFTS before they were assigned to combat squadrons of the Royal Air Force. READ MORE 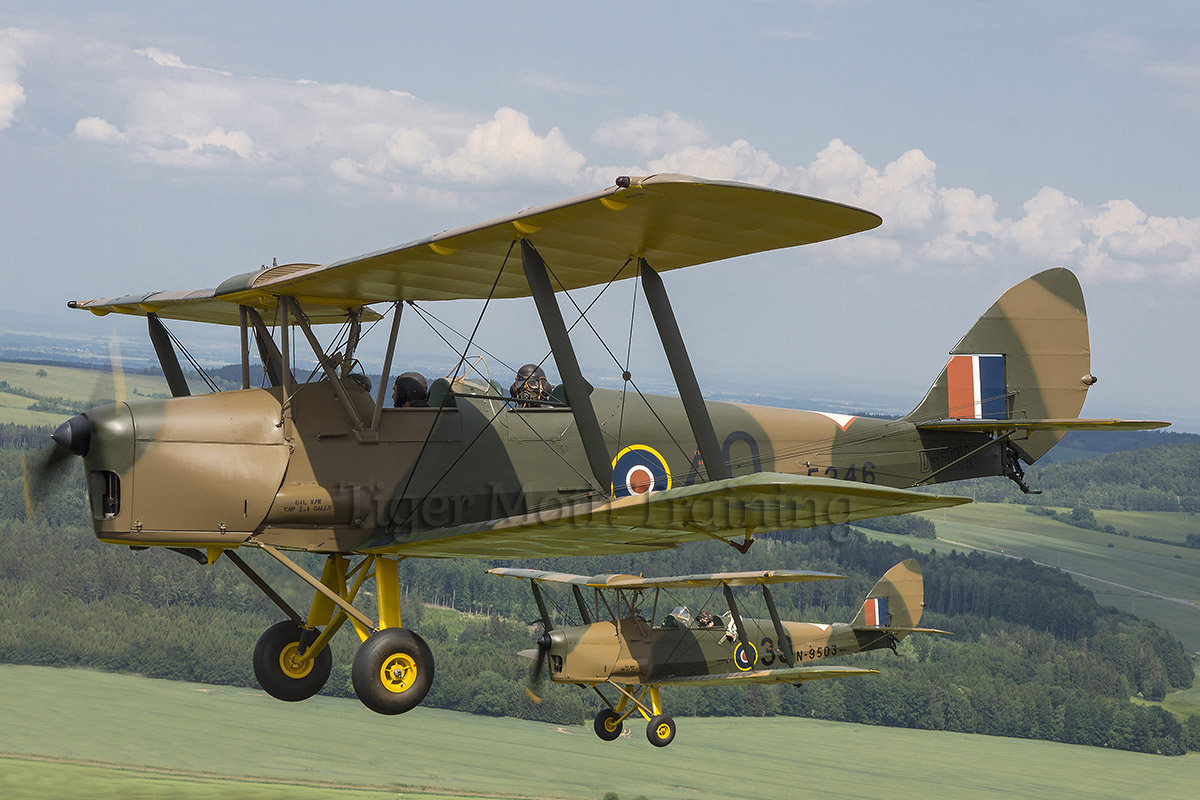 Video: a documentary movie about Kevin Crumplin and his Tiger Moth Training enterprise in which a total of seven Tiger Moths starred (in order of appearance) including a pair of ours. Filmed in mid April 2019 over Somerset featuring quite uncharacteristic English weather. R5246 was piloted by Charlie Huke at that time.

We fly for joy and edification, air displays, memorial flights and public sightseeing 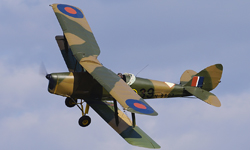 Displays are attractive to spectators for it can be entirely completed in a small area. 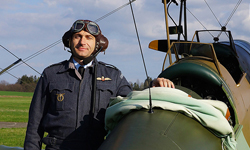 Can strongly be recommended. To get airborne in an open biplane we may truly state is the genuine wartime veteran. 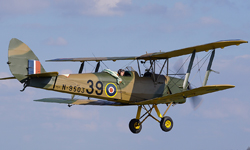 For pilots there is an opportunity to take the introductory ride or flight training including spins.