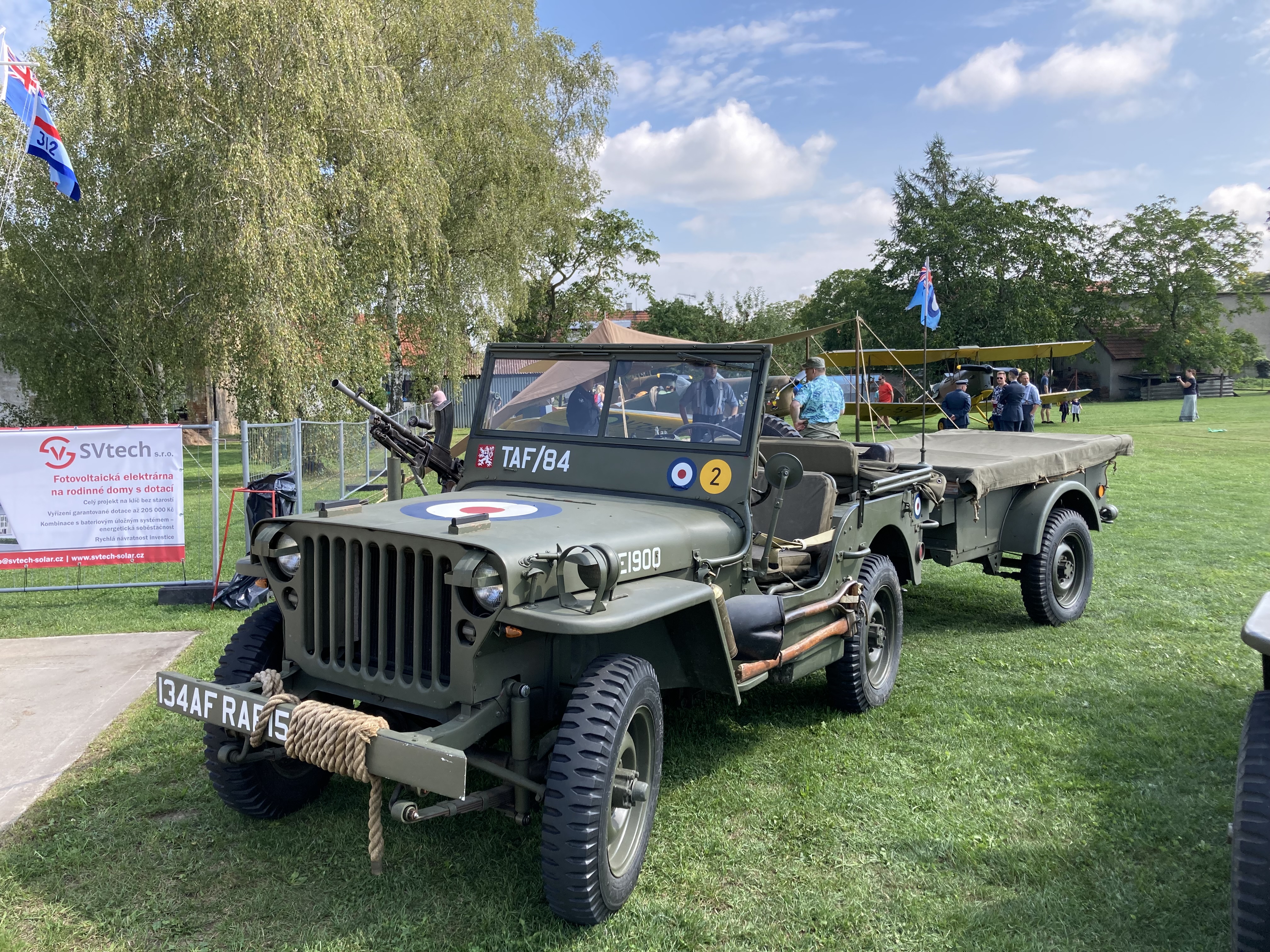 For the purpose of personnel and freight movements we are using the iconic Willys painstakingly restored to resemble a historic pattern serving with our units in England during the war. The vehicle was manufactured by Ford in 1943 while the Willys trailer by Jeep is from 1944. Its wartime story is not clear- it could have served in the Sates or been shipped to a European or Pacific battlefield. What we do know for sure is that it was registered on April 22 1976 by the state of Illinois on the name of Barry K. Adkinsson who has held the car until November 13 2015 when it was purchased and sent to the UK for a complete renovation. Our Willys is operated under British vintage registration VXS603 being artfully disguised using patches of green so that the camouflage and markings (brought to perfection by Jaroslav Pomajzl) do not suffer from lack of authenticity. 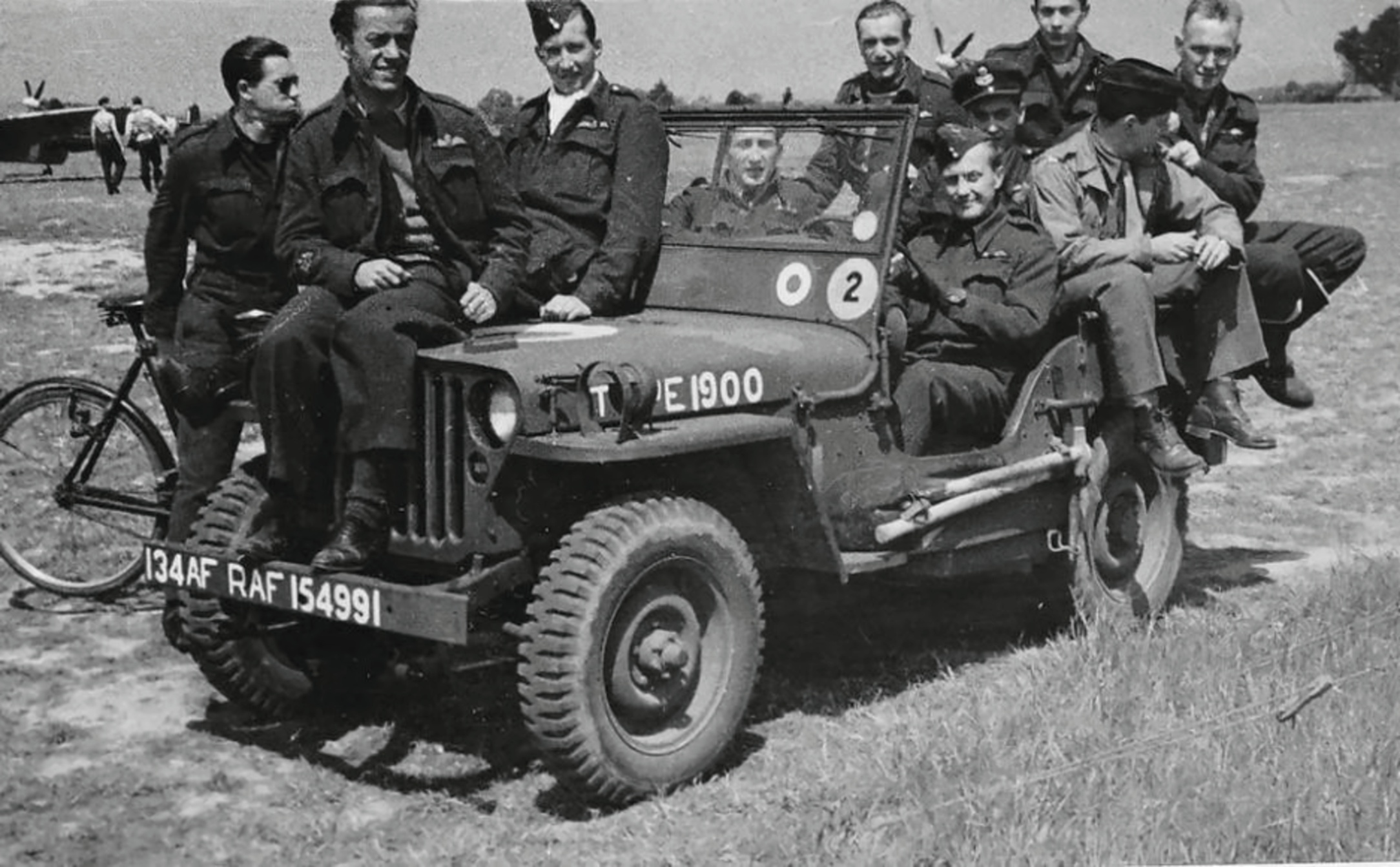 This Willys of 134th airfield has become our remote inspiration. Photographed sometime in April or May 1944 on the field base of Appledram, Chichester. Spilling over are airmen of 313. (Czechoslovak) Squadron: At the wheel there is commander S/Ldr. Alois Hochmal, next to him probably W/O Otto Špaček. On the cowl left to right W/O Alois Záleský and - an Englishman. Behind Špaček rear pilots: F/Sgt. Josef Jílek, Sgt. Josef Kukučka  and F/Sgt. Charles Stojan. Behind Hochmal unknown Englishman and an American. Mandatory RAF markings on ours were appended by Czechoslovak lion state sign on the windshield and trailer splasher and a CS international road sign. These would be abundantly pasted by our units both on aircraft and vehicles to shew their devotion to Czechoslovakia. 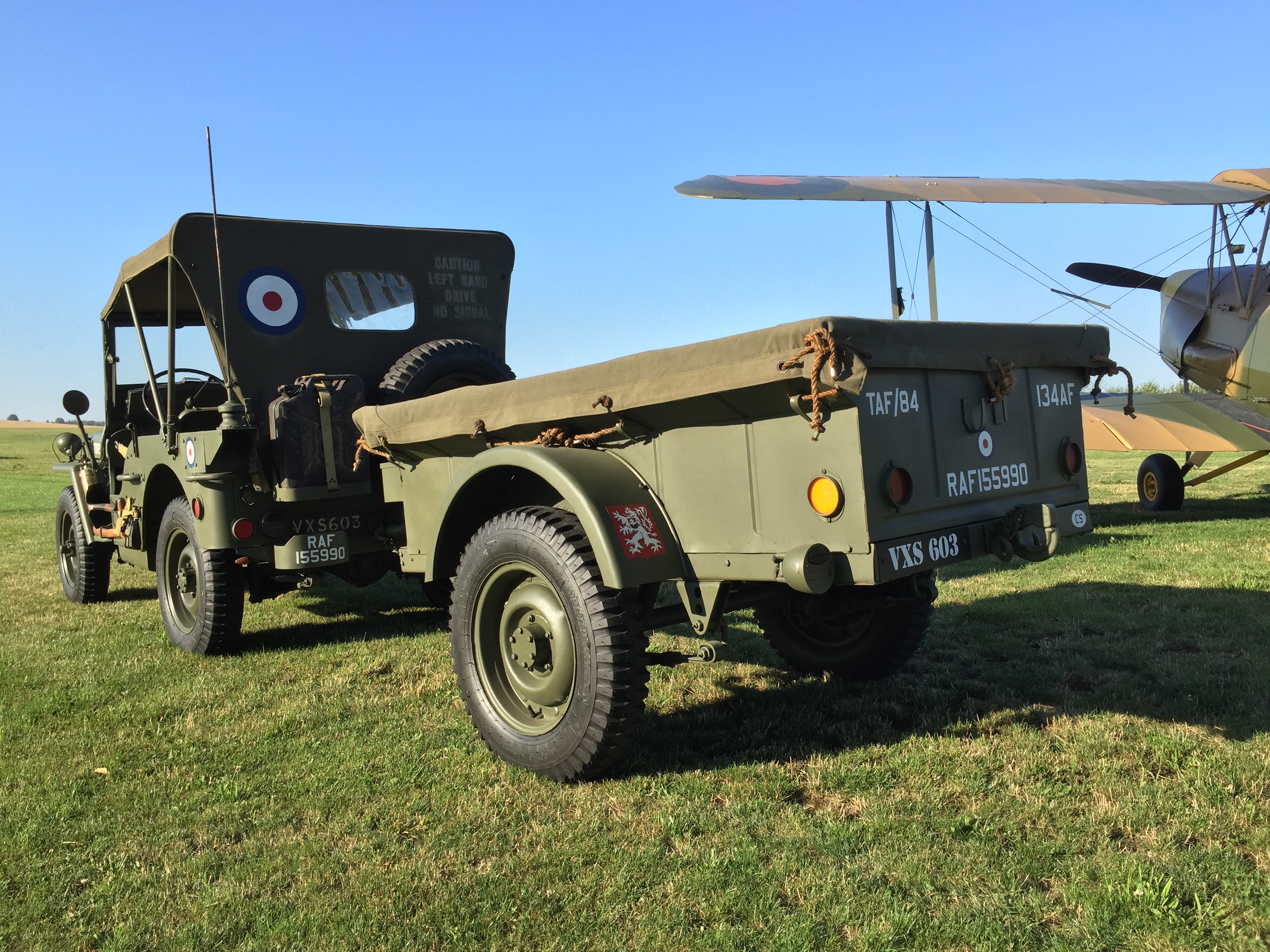