Brough Airbase in 1939. Upfront there are obvious silhouettes of tigermoths allocated to 4.EFTS RAF Training Command.

Declared non effective stock 16.6.53, and offered for sale as Lot 137 during a sealed bid auction conducted at 10 MU Hullavington, 18.8.53, N9503 was officially sold to the Association of British Aero Clubs, 18.2.54, but had been registered G-ANFP to Cardiff Aeroplane Club Ltd., 28.10.53. Only partially converted to civilian standard, G-ANFP was sold to Hants and Sussex Aviation Ltd., Portsmouth, 24.9.58, and converted into an agricultural configuration, The C of A was issued 16.1.59 and she was registered to Agricultural Aviation Company Ltd., 27.2.59. The aircraft was delivered to Panshanger, 27.1.59, but crashed during a local flight from Londonderry, 21.7.59. 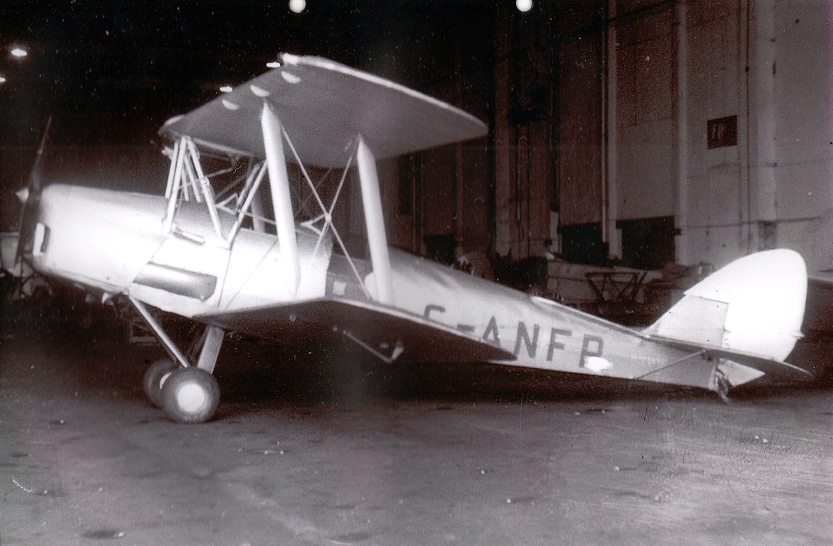 Demilitarized Tiger Moth # 82536 in afterwar Britain. A point of interest are anti-spin strakes – leading edges in front of stabilizer that were additionally installed as a part of rebuild to civilian standard. These cannot be found on the aircraft today as it has been re-configured to condition it was leaving the production line of the mother factory of De Havilland  Aircraft  Co. Ltd. in 1939 and embarked the Air Force service .

G-ANFP was repossessed by Hants and Sussex Aviation, 11.59 and re-registered to them, 4.12.59. Following C of A expiry 15.1.60, she was stored at Portsmouth until sold to Faim Aviation, Wandon End, 17.7.61. G-ANFP was dismantled for spares at Rush Green and her the C of A expired, 1.7.63, and was stored but finally cancelled, B.8.66. The remains were sold to The Biplane Club, Denham, where G-ANFP’s derelict fuselage was discovered lying in long grass by Stuart Howe, and purchased, 13.9.75. Taken into care by the Mosquito Aircraft Museum, Salisbury Hall, 2.11.75, parts of G-ANFP were donated to the static rebuild to agricultural configuration of G-ANRX (3863). 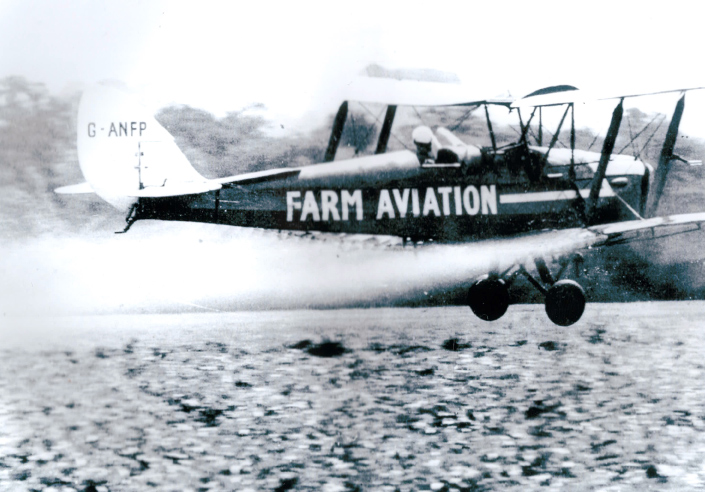 The substantial remains of G-ANFP were traded with Welsh based Ross Aviation in exchange for Sea Vixen spares, and the Tiger Moth was sold to David Taylor, South Molton, North Devon, 8.99, for restoration to airworthiness and shortly after that to Graham Derek Horn. However full restoration has been initiated only by the new owner, Kevin Crumplin, in 2013 and the aircraft took off again in May 2016. Kevin is an icon in the world of tigermoths famous for bringing the old stuff back up again the way it originally was with no exemption. Kevin has found some sort of a mutual sympathy with Richard Santus who is a keen RAF enthusiast and re-inactor. This led him to sell G-ANFP to him and therefore to extend the arm of the Tiger Moth Training across the Channel. The Tiger is now based and operated at Podhorany Airfield (LKPN). 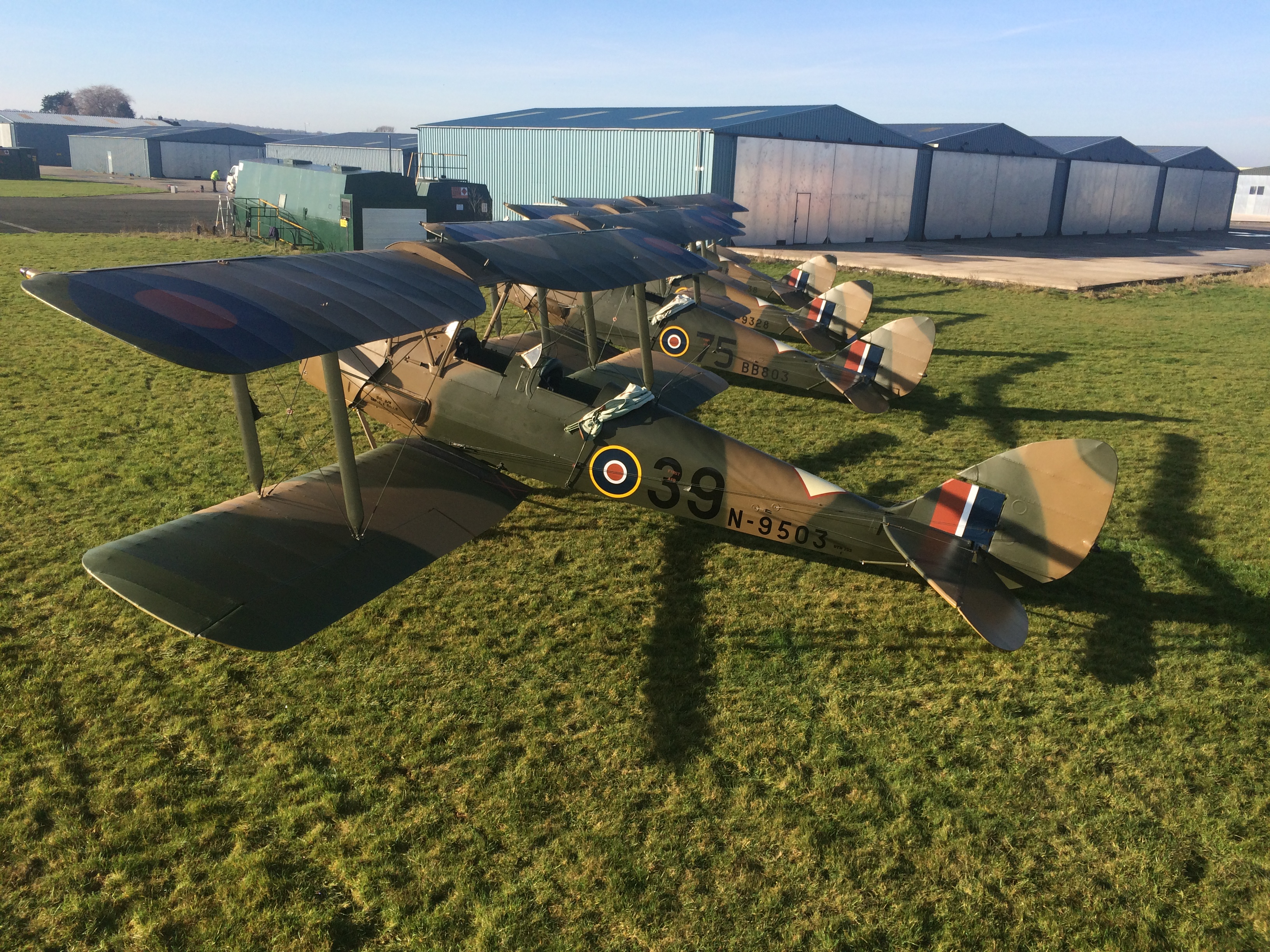 January 18,  2017 and the very last photograph of Tigermoths  restored by Kevin Crumplin at Henstridge Airfield, Somerset. The day after the upfront airplane took-off for a three-day freezing ferry flight heading to its new home at Podhořany airfield, Chrudim County.